About beating the stigma's on mental illness at the workplace

Last week I read a tweet about a BBC article on prosthetic Hollywood masks being used to educate trainee mental health nurses. The writer of the article seemed enthusiastic about the idea and so were the people in the attached video.

What surprised me most was that they seemed to be unaware of the stigma attached to using those masks. To me they seemed to portray people with mental illness as weird Hollywood movie characters.  They didn't look at all like the people I have been supporting in my 25 years of mental health nursing.

This article shows again that there is still a lot of stigma's to beat within the profession. Besides: what about non-verbal communication, the most important thing to learn about because most people put their 'mask' on pretending they are fine. As very often, do we all. But maybe more when we are anxious or paranoid and don't feel safe enough to express ourselves.

"I am fine" is the most commonly told lie. When you use masks you can't see the look in someone's eyes or their facial expressions.

This idea isn't helping trainee mental health nurses and as a result of that its not helping the people who have mental health problems. Its  counter-productive. A much better idea would the use of trained actors as we had when I was at nursing school.

We all stigmatise and probably much more than we think.  The stigma attached to mental illness is a major obstacle to our patients and to better care. Lives will be improved if we keep ourselves and each other aware of that.

The stigma within the profession leads to a lot of unwanted and serious effects. A few examples:
It makes people feel unwanted;
I'm not understood and;
I'm uncared for.

Apart from that it's a great danger to their physical health because it leads to not being taken seriously when having a physical health problem. I have seen people die from stigma, from not being believed, from assuming it was "psychosomatic"or "attention-seeking" It's that serious.

I once supported a patient to ER after she suddenly lost the sight in one eye. She talked very slowly, a reason for the triage nurse to think that it was psychosomatic and if I had not been there to urge her to contact an ophthalmologist that patient would have been blind now.

The stigma within the profession discourages our patients to dare to take chances in life, to improve their future. It prevents family members from being important team members. It leads to people feeling labelled instead of being a person with many strengths and skills, someone who is more than just a diagnosis. It prevents us from really listening to someone.

I have a patient who was put in an isolation room for throwing a glass on the floor because a voice told her so. She wasn't hurting anyone. Later she said : "if only someone had asked me why I did that they would have known I had voices. And I would have cleaned it up and paid for a new glass if they had asked me ".

I used to get annoyed about stigma's but nowadays I find beating them a challenge instead of a problem. The stigma on mental illness is an important reason why people don't understand and why those who with  mental health problems often don't dare to seek help in time.
I hope this mask issue will lead to better awareness of the stigma within ourselves and our colleagues.And to improved support of people with mental illness so they feel listened to ,accepted and cared for. 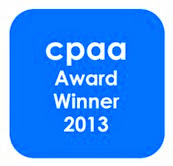 NurseWithGlasses
I wrote these commandments to encourage other mental health workers to make mental health care a good place to be in difficult times. I support people who have mental illness. Most have a psychotic disorder like schizophrenia.Through the years I learned from my patients, inspiring teachers and colleagues and some eye-opening events in life. I try to treat people the way I would want to be treated if I was in their shoes. Since 80 % of people with serious mental illness say their mental health worker is one of the most important people in their lives it's best to be a good friend to them. Help me spread "the word" Feel free to print the Commandments and give them to your colleagues. Lets be inspired and keep up the good work ! :) Follow me on Twitter @nurse_w_glasses and Facebook http://www.facebook.com/nurse.with.glasses